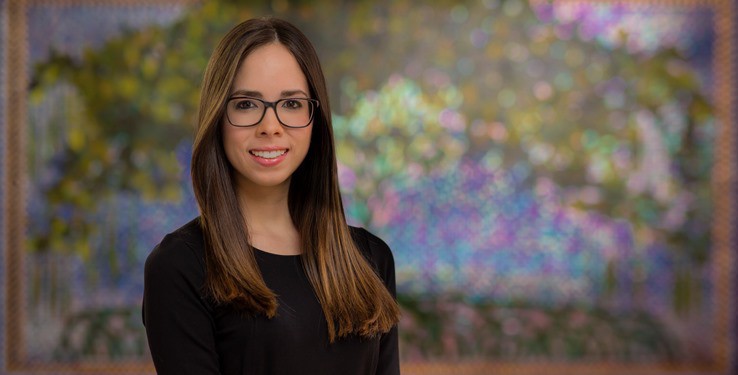 She represents employers both in local and federal courts in wrongful termination, employment discrimination and retaliation claims, among other employment related claims.

Mrs. Cordero also advises clients in business immigration matters, including I-9 completion, storage and preparation for inspection. She has successfully filed petitions before the United States Citizenship and Immigration Services for employment-based non-immigrant visas, mostly L1A and H1B visas. She has also successfully filed petitions for employment-based immigrant visas and adjustment of status to U.S. lawful permanent resident, and has worked on family-based immigrant visa petitions.

Mrs. Cordero has participated as a speaker at labor and employment seminars hosted by the Firm, and as an invited speaker before different professional associations.

Prior to joining the Firm, she worked as a civil litigation law clerk. As such, she assisted during the discovery stage of medical malpractice, general contracts and damages claims. She also drafted motions and appeals for cases in local courts. In addition, Mrs. Cordero revised and drafted municipal ordinances and regulations for municipal legislatures.

While in law school, she participated as a student attorney in the Immigration section of the University of Puerto Rico Law School Legal Aid Clinic. Her work in the Legal Aid Clinic was usually related to Family Petitions, Applications to Adjust Status and Applications for Naturalization.