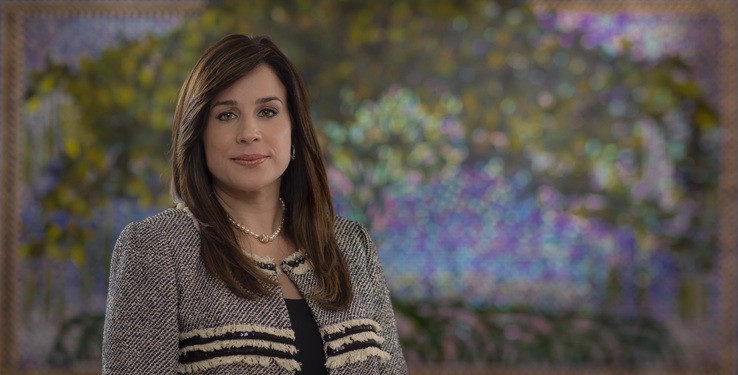 Mrs. Montilla’s practice covers a wide array of civil and complex commercial litigation matters in both federal and local courts.  She has also participated in the negotiation of government contracts and consultations in areas ranging from constitutional law to civil rights.

She initiated her career in 1993 clerking for the Hon. Federico Hernández- Denton, then Associate Justice of the Supreme Court of Puerto Rico. Thereafter, she worked at the litigation department of a local firm where she participated in all aspects of civil actions.

From 2007-2008, she was commissioned by Chief Justice Federico Hernández Denton to work on special projects such as an investigation and report regarding the court’s promptness in the consideration of petitions of writs of Certiorari and Appeals and the resolution of granted cases and of disciplinary complaints against attorneys. She later clerked for the Hon. Gustavo A. Gelpí, United States District Judge, where she performed legal research and writing, and assisted in the resolution of matters and the drafting of orders, opinions and judgments.

From 2013-2015, Mrs. Montilla served as Deputy Clerk of the Supreme Court of Puerto Rico.   Her duties included the evaluation of disciplinary complaints filed against attorneys, review of motions in aid of jurisdiction and other civil and criminal motions; and the preparation of the docket of cases to be considered by the Supreme Court Justices sitting in divisions or by the Court en banc.

By appointment of the Supreme Court of Puerto Rico, Mrs. Montilla has served as Bar Exam grader. She was also appointed member of the Committee on Women’s Issues and the Cultural Affairs Committee of the Puerto Rico Bar Association.

Mrs. Montilla is Representative of the Harvard/Radcliffe Committee on Admissions. She interviews high school applicants for admission to Harvard University and submits letters of recommendation to the Committee in Cambridge, Massachusetts.

She has done pro bono work at La Fondita de Jesús, providing legal services to its Board of Directors and to the homeless.