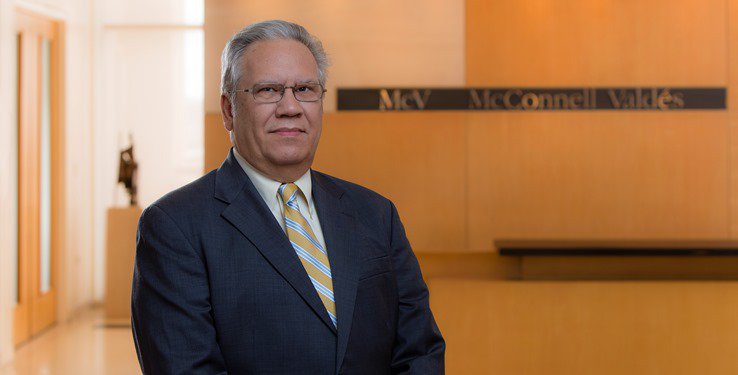 He focuses his practice on labor and employment law matters, including litigation, arbitration, appeal practice, and counseling in said matters. Mr. Antongiorgi-Betancourt also has extensive experience in conducting internal labor and employment-related audits as part of Mergers and Acquisitions transactions and foregoing businesses.

Mr. Antongiorgi-Betancourt prepared a bill for the amendment of Article 2 of the Workers Accident Compensation Act, which was the basis for the statutory amendment adopted through Act No. 263 of September 8, 2004.  He also conceptualized and drafted other labor and employment-related legislation for the Government.

He joined McConnell Valdés in 1996.  From 1985 to 1996 his practice consisted of general and commercial litigation, and the litigation of administrative matters before local and federal agencies in the fields of education, estate, taxes, bankruptcy, constitutional law, labor and employment law, arbitration, and appeal practice.

Mr. Antongiorgi-Betancourt, who was Assistant to the Legal Advisor to the Chancellor of the University of Puerto Rico, Río Piedras campus, from 1982 to 1985, has contributed articles for newspapers on drug testing of employees in the public and private sector.

He served as local co-counselor in the following: