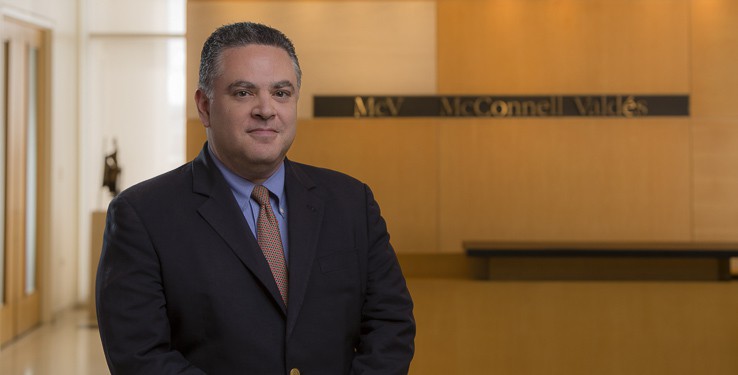 Mr. Hidalgo provides strategic planning, as well as government and public affairs counseling to clients in Puerto Rico. His vast experience in the field allows him to craft practical and effective solutions to complex legislative and public policy matters.

Mr. Hidalgo also served in the Executive Branch of the Commonwealth of Puerto Rico as Legislative Director and Director of the Office of Intergovernmental Affairs for the Puerto Rico Federal Affairs Administration in Washington, DC, Director of the Office on the Reform of the Judicial Branch and Deputy Advisor to the Governor of Puerto Rico, Advisor to the Secretary of State and as Chief Counsel of the Committee to Study the Viability of a Unicameral Legislature in Puerto Rico.

Over the years, both in public service and in private practice, Mr. Hidalgo has worked on conceptualizing and drafting of a significant number of laws, ranging from the Judicial Branch Reform of 1994, the Telecommunications Reform of 1996, to the Tourism Reform of 2010; among many others. Furthermore, based on that same expertise, he has drafted multiple statements that have been presented before the United Nations, United States Congress, Puerto Rico Legislative Assembly, various agencies of the United States Government and of the Government of Puerto Rico, as well as many national and statewide organizations.

For the past 7 years, he has been an Adjunct Professor at the School of Law of the Pontifical Catholic University of Puerto Rico offering courses on Legislative Procedure as well as on Legal Research and Writing.

Mr. Hidalgo has been a member of various committees and task forces on suggested state legislation, state-federal affairs, financial services and interstate commerce, and on Homeland Security of the National Conference of State Legislatures, Council of State Governments and the National Hispanic Caucus of State Legislators.