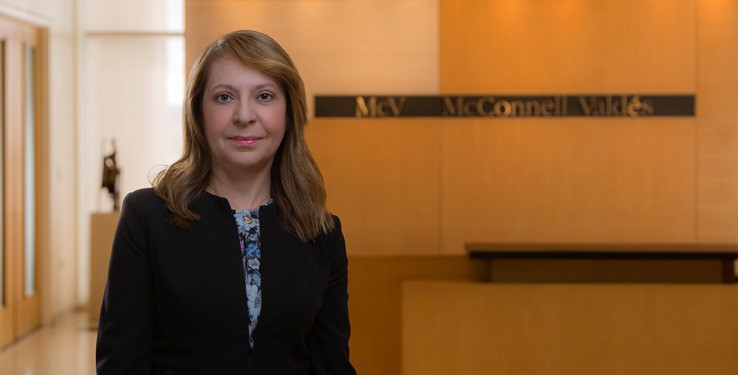 Mrs. Cartagena maintains a broad litigation and counseling practice representing corporate entities in a wide variety of business disputes. She has significant experience in complex litigation, including contractual disputes, foreclosures and collections, derivative actions, landlord-tenant issues, and general tort litigation in both state and federal courts, as well as administrative litigation. She has assisted clients with various extraordinary remedies and provisional remedies to secure post-judgment.

She has significant experience in administrative forums before multiple agencies and on bids and procurement consulting and litigation before agencies representing companies bidding on government contracts for goods and services.

Mrs. Cartagena is the author of the Puerto Rico Procurement Rules and Regulations Summary for the Second Edition of the Guide to State Procurement: a 50-State Primer on Purchasing Laws, Processes and Procedures to be published by the Public and Contract Law Section of the American Bar Association in 2016.