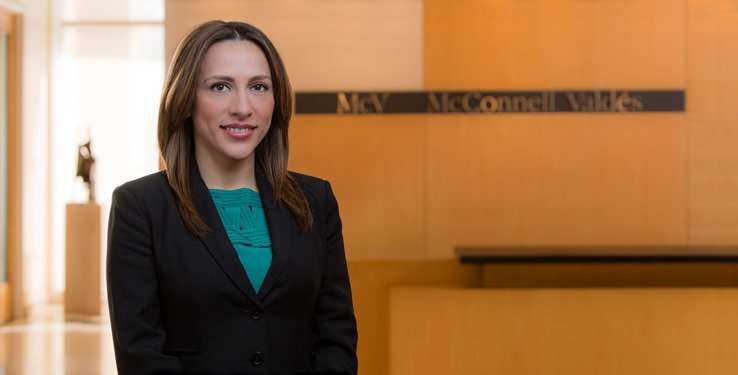 With well over 10 years of legal experience, Mrs. Alfonso-Rodríguez is known for bringing practical and strategic thought to complex matters. As such, she successfully represented various financial institutions against purported class actions before U.S. District Court for the District of Puerto Rico and the Court of Appeals for the First Circuit on behalf of Puerto Rican borrowers for alleged violations of multiple Federal and Local statutes, including the Real Estate Settlement Procedures Act (“RESPA”), the Home Affordable Modification Program (“HAMP”), the Truth in Lending Act (“TILA”) and the Home Affordable Refinance Program (“HARP”).

Before joining McConnell Valdés she worked on general corporate consultation, including contract negotiation as well as litigation before administrative and municipal agencies. She was part of the legal team that successfully secured the Court of Appeals for the First Circuit's affirmation of a bench-marking preliminary injunctive relief awarded in a case dealing with constitutional violations suffered by the local fresh milk processors, as well as the denial of the petition that sought the reversal of a substantial part of said remedy before the United States Supreme Court. Vaquería Tres Monjitas v. Irizarry, 587 F.3d 464 (1st Cir. 2009), rehearing and rehearing en banc denied at 600 F. 3d 1 (1st Cir. 2010), cert. denied at 131 S. Ct. 2441 (2011).

During law school, she was a member of the Law School Senate, worked as Research Assistant of Professor Lilia Oquendo de Rivera (Criminal Law) and completed an internship as Law Clerk for Hon. Dora Peñagarícano, in the Puerto Rico Court of Appeals.

Some of Mrs. Alfonso-Rodríguez’s other representative cases include: