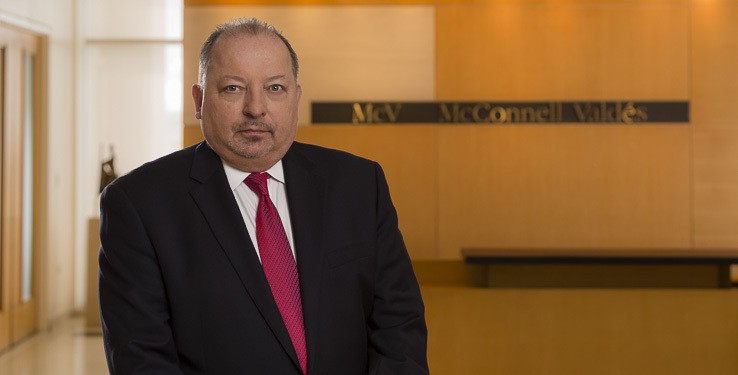 Mr. Graffam’s practice includes general civil and commercial litigation and consulting, including products liability, maritime casualties and distributor and franchise law in state and federal courts as well as before arbitrators.

Other areas of his practice are securities arbitration, shareholder disputes, construction arbitration, and insurance defense (he recently obtained the dismissal of a lawsuit against Travelers involving an explosion at a local brewery, Cervecería India).

Mr. Graffam is ranked in the Litigation field of The Best Lawyers in Puerto Rico guide. Best Lawyers is the oldest and most respected peer-review publication in the legal profession.

He has been on various federal merit and judicial selection committees and is an adjunct professor of law at the Interamerican School of Law, teaching Federal Practice and Jurisdiction. He has lectured extensively at various conventions, seminars and law schools on e-discovery, federal practice, international arbitration and doing business in Latin America, among other subjects.

Mr. Graffam has been on the Executive Boards of the Inter American Bar Association and the Hispanic National Bar Association. He was the President of the local Chapter of the Federal Bar Association and Editor in Chief and founder of its award-winning newsletter, From the Bar. He recently wrote a chapter on attorney-client privilege in Puerto Rico for a book titled "Attorney-Client Privilege in the Americas: Professional Secrecy of Lawyers" published in 2017 by Cambridge University Press for the ABA. The book covers in detail how this subject is addressed in over 32 jurisdictions in the Americas, including the Caribbean.

He joined McConnell Valdés in 1990. Prior to joining the firm, he served as a law clerk to United States District Court, Judge Raymond L. Acosta in the District of Puerto Rico and helped Judge Acosta with the management of the DuPont Hotel Fire Litigation, one of the largest mass tort and multi-district cases in the history of the United States.