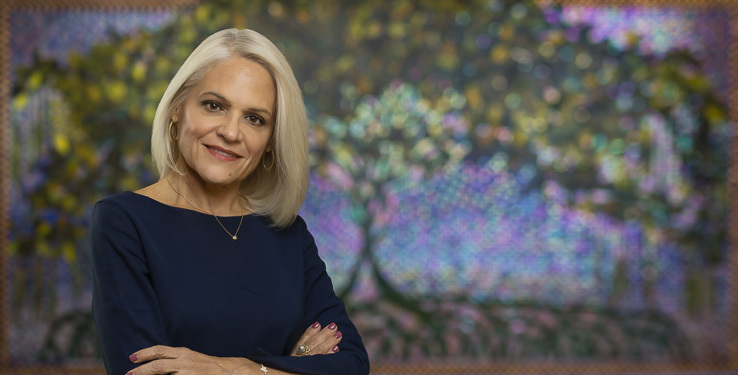 As Chair of the Labor & Employment Law Practice Group Ms. Montaner-Sevillano brings to the table her extensive experience in the field and she is able to provide a deep understanding of the intricacies of conducting business in Puerto Rico as well as a unique awareness of the importance of budget supervision and controls.

Ms. Montaner-Sevillano concentrates her practice in employment rights laws.  She provides counseling and litigation defense in cases filed under the Americans with Disabilities Act, the Family and Medical Leave Act, Title VII, the ADEA, WARN, workers' compensation, wage and hour laws, wrongful discharge, and all other types of employment discrimination, retaliation, leave of absence, and whistle-blower laws.

She also provides support in labor an employment matters related to corporate and operational restructures, mergers, acquisitions, spin-offs, transfers of employees, as well as reductions in force, plant closings and mass lay offs.  Her legal advice includes filings and registrations for new employer operations or closings, due diligence audits, reductions in force analysis of operational units, retention rights, closing of operational units, revision of separation agreements, consulting agreements, restrictive covenants, preparation of WARN notices, revision of announcements, frequently asked questions and presentations, revision of labor & employment provisions in purchase agreements, advise on successor employer issues, and she interacts with regulatory and corporate counsel, among others. Her input and participation in these projects has ensured 100% labor and employment claim-free transactions.

Throughout her career she has won many complex precedent-setting cases for employers,  including García v. Darex, which has been repeatedly cited by the the P.R. courts, regarding the P.R. Workers Accident Compensation Act , a leave of absence and reinstatement rights of injured workers versus an employer's just cause for discharge under Act 80 of 1976.

Recently, Ms. Montaner-Sevillano spearheaded the Practice Group's efforts in guiding and advising clients during the COVID-19 pandemic with the compliance and development of protocols and a myriad of other novel legal issues.

Ms. Montaner-Sevillano is Leader of the Immigration Practice Team, routinely assisting employers and investors with their employment immigration issues.  Ms. Montaner-Sevillano provides guidance to international clients who establish new U.S. business operations in Puerto Rico, assisting them in securing employment visas for international employees and their families in the H-1B. L-1, E-1, E-2 and O visa classifications, as well as petitions for immigrant workers to obtain permanent U.S. residence.

As Co-Leader of the Retail Practice Team, she leads all employment law initiatives assisting clients with defense of claims before the PR Department of Labor, State Insurance Fund Corporation (workers compensation); drafting of compliant employment policies and handbooks, employment and services contracts, as well as trainings to local and US-based upper management.

She is an active firm member in Lex Mundi, a leading global association of independent law firms. She is a sought out speaker and has lectured on various topics for the Puerto Rico Chamber of Commerce, the Association of Labor Relations Practitioners, the Society for Human Resources Management where she has acted as Director of Legal Affairs, the Interamerican University of Puerto Rico, as well as other professional organizations. She has contributed several articles to major circulation newspapers in Puerto Rico related to immigration and hot topics in employment law.

Ms. Montaner-Sevillano was the first woman to be elected to the Firm's Policy Committee, where she served as a valuable member for nine consecutive years. She has been repeatedly ranked as one of Puerto Rico’s Leading Attorneys in the Labor & Employment field by the renowned international publication Chambers & Partners in its Latin America Guide. She is also ranked in the Labor and the Immigration Law fields in the peer-based Best Lawyers in Puerto Rico guide.