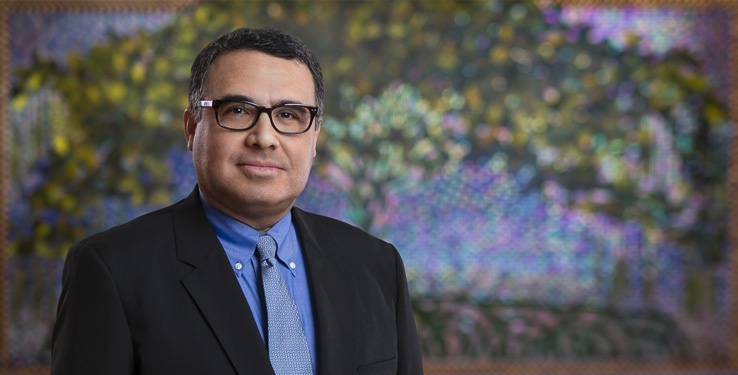 He specializes in cross border transactions, government affairs, and government procurement and contracting. His corporate practice has been focused primarily on insurance and banking regulatory issues and insurance M & A transactions, involving both insurance company and insurance brokerage asset purchase and stock purchase transactions. Mr. Ramirez has also been involved in the organization and authorization of insurers, including the incorporation and organization of the first domestic life reinsurer in Puerto Rico and the incorporation and authorization of the first mutual insurance company in Puerto Rico. He also assists clients in responding to Request for Proposals (RFP) processes, and in their negotiation of contracts with the Government of Puerto Rico.

He holds the Chartered Property and Casualty Underwriter (CPCU) designation from the American Institute of Chartered Property and Casualty Underwriters, as well as Associate in Reinsurance (ARe) and Associate in Risk Management (ARM) designations from the Insurance Institute of America. Mr. Ramirez is a past president of the Puerto Rico Chapter of the CPCU Society. Prior to rejoining the Firm, Mr. Ramírez acquired extensive experience in the Property and Casualty insurance field at the Philadelphia offices of General Accident Insurance Co., and American International Group. In the latter, he was responsible for the management of a book of large limits excess and umbrella liability policies, and in developing markets for such products in Philadelphia, New Jersey, Virginia, Maryland, and Washington D.C.

Mr. Ramírez held the position of General Counsel and Corporate Secretary for Caribbean Financial Group Holdings, L.P. (“CFG”), a holding company for several consumer finance companies in Panama, Trinidad and Tobago, Aruba, Curacao, Sint Maarten, Bonaire, and Puerto Rico, and a captive reinsurance company (CFG Insurance Ltd.) in Barbados. During his tenure at CFG, Mr. Ramirez acquired extensive experience in cross border transactions and regulatory issues, including divesting of operations, licensing and regulatory compliance issues, negotiation of financing arrangements, and debt issuance processes. Mr. Ramírez also acted as President of CFG Insurance Ltd., and as such, was involved in the financial and operational oversight of the operation, and the negotiation of treaty reinsurance agreements with credit life, unemployment, and disability insurers in Panama and the United States.

Having served as Deputy Executive Director of the Economic Development and Tourism Department of the Municipality of San Juan under former Mayor Sila M. Calderón, Mr. Ramírez acquired invaluable experience in government affairs and in the building of lobbying coalitions. Mr. Ramirez was involved in the creation of the Consumer Loan Companies Association (FINANCO), an association grouping consumer loan companies operating in Puerto Rico. In representation of FINANCO, he has led lobbying efforts to defeat several bills that would have been harmful to the industry, including attempts to regulate interest rates on small loans. More recently, Mr. Ramirez was instrumental in the creation of the Coalition of Retailers, a lobbying coalition composed of several of the principal national retailers, and has been extensively involved in lobbying involving tax and consumer affairs matters affecting retailers in Puerto Rico. He has also participated in drafting of pivotal legislation, such as the Electronic Transactions Act and the Viatical Settlements Act.

Mr. Ramírez does Pro Bono legal work for the Puerto Rico Museum of Contemporary Art. He also does photographic work to document the Museum’s collection and for use in publications by the Museum.

B.S., Wharton School at the University of Pennsylvania, 1988