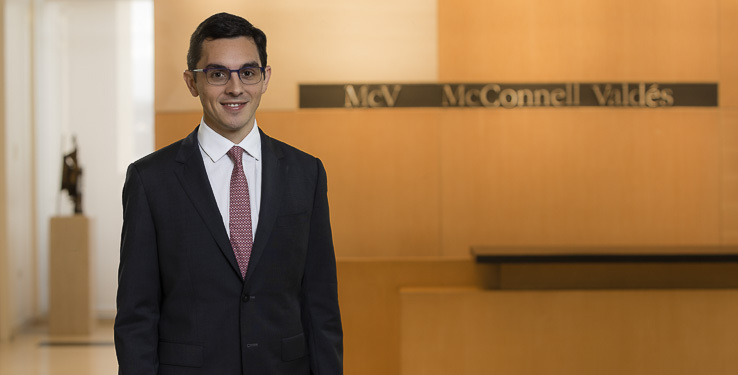 Prior to joining McConnell Valdés, he worked as an associate in the litigation department at another San Juan law firm and as law clerk to then newly-appointed Hon. Pedro A. Delgado Hernández at the United States District Court for the District of Puerto Rico. In this last capacity, Mr. Pérez-Refojos assisted the Article III Judge in managing half of the civil and criminal docket, and drafted opinions and orders for approval and publication in connection with diverse topics, including federal civil procedure, federal jurisdiction, bankruptcy, commercial law, contracts, employment discrimination, and criminal law, among others. In addition, he assisted in courtroom proceedings and, to that end, attended hearings, civil and criminal trials (both bench and jury), and actively participated in status and settlement conferences.

During law school, Mr. Pérez-Refojos served as a student law clerk to the Hon. Juan M. Pérez-Giménez at the United States District Court for the District of Puerto Rico.