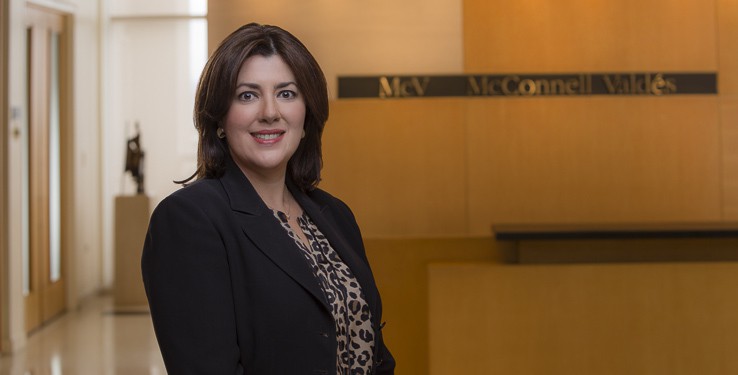 Her main areas of practice include general corporate work and government affairs.

An influential leader in the public and private sectors, Ms. González-Calderón is a former senator in the Commonwealth of Puerto Rico (2005-2012).  She served as Minority Whip in her first term as a Senator and occupied multiple leadership oversight positions, including Ranking Member in several powerful senatorial committees, such as the Government Appropriations and Budget, and the Ethics Committee.

For years she has provided valuable insights and strategic positioning to multiple clients navigating the convoluted regulatory and legislative maze on the island.  She designs and implements government relations strategies tailor made for each client.  Through her multiple professional contacts and deep knowledge of the operations of government institutions, she has successfully shortened the time to persuade, educate and inform elected and non-elected government officials on complex matters.  Her ability to build bridges and create favorable, durable and sustained relationships between our clients and public sector leaders has proven to be a winning strategy for long-term growth and stability.

During the 1990’s Ms. González-Calderón worked as Assistant Regional Counsel in the Superfund area of the Environmental Protection Agency (EPA), Region 1, in Boston, MA and as a corporate attorney at various law firms in Puerto Rico.

She interrupted the practice of law during the four-year term her mother Sila M. Calderón was Governor of Puerto Rico (2001-2004), where Ms. González-Calderón filled in as First Lady.  During that period, she developed successful initiatives in the areas of public education and opportunities for underprivileged communities.

B.S. in Economics, Wharton School at the University of Pennsylvania