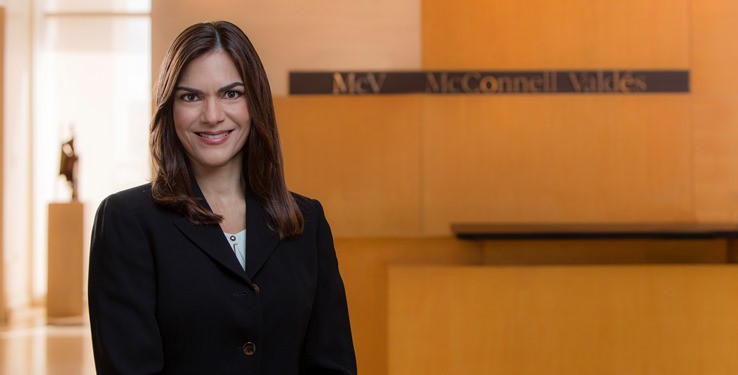 Her main areas of practice include general corporate matters, financial institutions, mergers and acquisitions in the insurance and banking industries, distribution and sales representative laws, insurance and healthcare services - including litigation - as well as regulatory matters and government and legislative affairs.

Before joining McConnell Valdés, Mrs. Portela concentrated in the practice of civil and commercial litigation in federal, state and administrative forums, including appellate practice. One of the main areas of her practice was in insurance matters being the outside counsel for the Office of the Commissioner of Insurance of Puerto Rico and the Puerto Rico Health Insurance Administration.