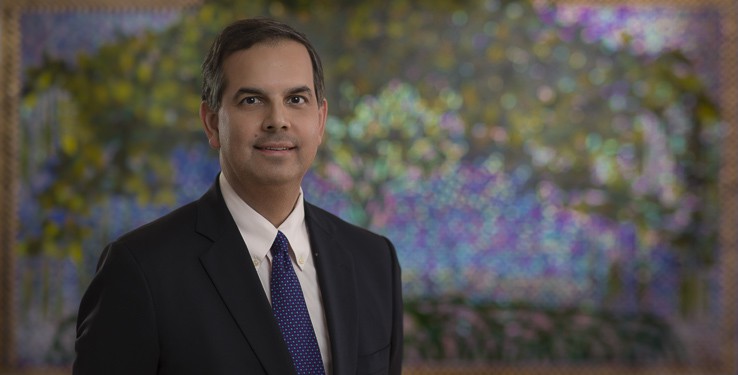 Mr. Pavía was Vice-Chair of the Practice Group until 2018. He ranked as one of Puerto Rico’s Leading Attorneys in the Corporate and Real Estate fields by the renowned international publication Chambers & Partners in its Latin America Guide. He is also ranked in the Real Estate field of The Best Lawyers in Puerto Rico guide. He is a former partner of the law firm of Winston & Strawn, a 1,000 lawyer multinational law firm, where he represented the government of the Commonwealth of Puerto Rico on all federal relations matters and also represented the Local Redevelopment Authority for Naval Station Roosevelt Roads.

He has extensive experience advising clients on contracting with governmental agencies in Puerto Rico, and he also designs and implements legislative and executive branch strategies for clients with specific needs in those areas. From 1991 to 1993 he served as deputy director and general counsel of the Puerto Rico Federal Affairs Administration, the Washington, D.C. office of the Governor of the Commonwealth of Puerto Rico. In 2008 he was Co-Director of the Obama for America Puerto Rico Primary Campaign, responsible for coordination of all aspects of the primary campaign in Puerto Rico, including representation before the Puerto Rico Elections Commission. He was a delegate to the Democratic National Convention, prior to which he negotiated all aspects of the National Democratic Party's Platform regarding Puerto Rico. He has served as member of the Board of Directors of the Puerto Rico Tourism Company and of the Puerto Rico Hotel Development Corporation.