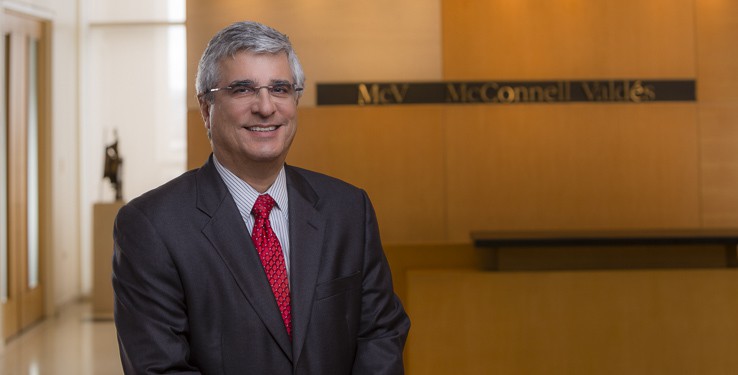 Mr. Cortés-Rexach has practiced law in Puerto Rico for over three decades, concentrating in the areas of commercial and project financing and real estate law.

His involvement in Puerto Rico’s tourism industry is extensive, having participated as counsel in a significant number of the major hotel and resort developments in the island including Rio Mar and Palmas del Mar Resorts, the the San Juan Marriott Hotel and more recently, in the Distrito T-Mobile, a multi- million entertainment development and currently Puerto Rico's premier entertainment destination.

Mr. Cortés-Rexach has worked as real estate counsel in multiple renewable energy projects, including the largest wind farm in the Caribbean, a number of solar energy projects and a waste-to-energy facility. More recently, he participated in a co-generation project involving various manufacturing facilities in Puerto Rico.

He has also represented a number of local and stateside developers of office buildings, shopping centers and other commercial real estate.

Mr. Cortés-Rexach is the Firm’s Chief Operations Officer and is in charge of overseeing and coordinating numerous aspects of McV’s San Juan and Miami offices’ day-to-day operations.