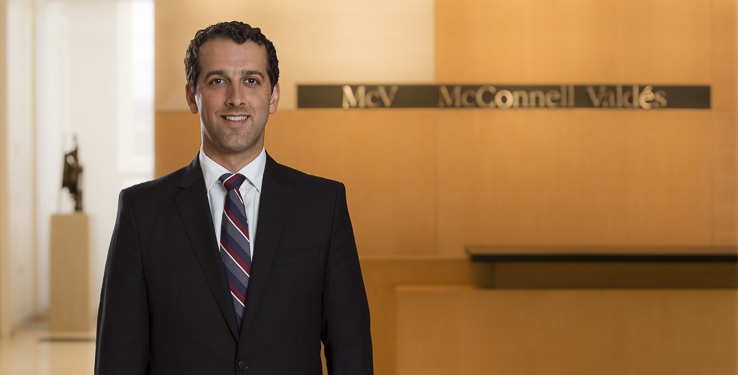 He advises banks, broker-dealers, mortgage institutions, loan companies and other financial institutions on a wide range of transactions and regulatory matters.

Mr. Méndez-Benabe practices in the area of commercial real estate, where he has experience representing national banks, institutional lenders, financial institutions and borrowers in structuring the financing of hotels and shopping centers, as well as other commercial and industrial properties.

He also provides guidance to clients on government affairs matters, including public-private partnerships and all issues relating to municipal financing (general obligation, appropriation debt and revenue bond financing), such as deal structures related to the Commonwealth of Puerto Rico, its public corporations and instrumentalities.

Mr. Méndez-Benabe serves as legal counsel and Secretary of the Board of Directors of the Puerto Rico Public-Private Partnerships Association.

He served as Chief Operating Officer and Executive Vice President of the Government Development Bank for Puerto Rico, where he was responsible for overseeing the daily operations of the GDB and its various lines of business. He also served as General Counsel and Secretary of the Boards of Directors of the GDB and its subsidiaries.

Between 2003 and 2010 he worked as Legal Counsel to the Commissioner at the Office of the Commissioner of Financial Institutions and was responsible for overseeing the execution of the regulatory policy and coordinating with the FDIC the resolution and receiverships in year 2010 of various Puerto Rican banks.

Mr. Méndez-Benabe is the President of the Board of Directors of the Museo de Arte Contemporáneo (MAC). He has undertaken doctoral studies in law at the Complutense University School of Law in Madrid, Spain and is a licensed Real Estate Broker.