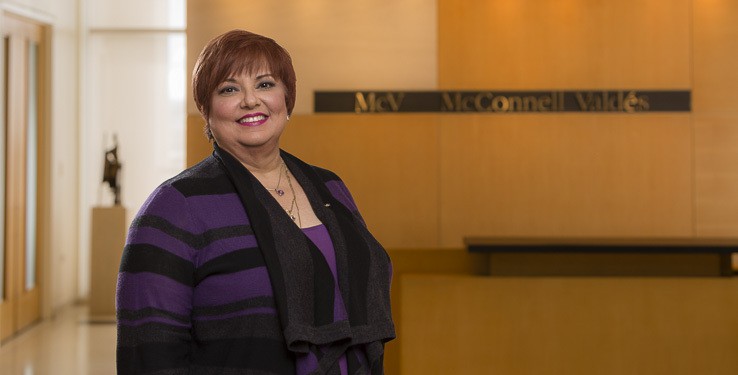 Ms. Vélez' practice is focused on advising clients on the tax treatment of corporate transactions and reorganizations, as well as assistance in devising tax-efficient corporate structures for new or existing Puerto Rico operations.

Ms. Vélez is ranked as one of Puerto Rico's Leading Attorneys in the Tax field by the international publication Chambers & Partners in its Latin America Guide. She is also ranked in the Tax field of The Best Lawyers in Puerto Rico guide. She has ample experience in the representation of clients before the Puerto Rico Treasury Department and the U.S. Internal Revenue Service, including negotiations of private letter rulings and closing agreements. She has also had experience negotiating tax exemption grants with the Puerto Rico Office of Industrial Tax Exemption. She has lobbied before Congress and the Puerto Rico Legislature, and has actively participated in the drafting of legislation and regulations at both the federal and the local level.

Ms. Vélez was appointed Secretary of the Treasury of Puerto Rico in November 1997, a position she held through December 31, 2000.  In February 2010, she was appointed Director of the Puerto Rico Tax Reform Committee, responsible for coordinating studies relating to, and conceptualization and drafting of, the Puerto Rico Internal Revenue Code of 2011.  Through December 2012, she was an advisor to the Puerto Rico Treasury Department, providing technical support in connection with roll-out of Puerto Rico Internal Revenue Code of 2011, including assistance in the drafting or review of tax return forms and instructions, proposed regulations and other public notices; preparing and conducting seminars; and analyzing the tax treatment of various transactions under the new tax provisions.